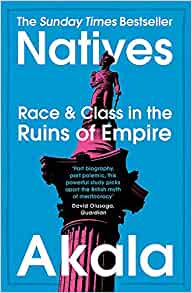 Natives: Race and Class in the Ruins of Empire

When Akala is booked for events, they are known to discuss the following speaking topics:

Africa in history
The Haitian Revolution
A History of Black Britain
Black People of the Americas
Black People in Science: Ancient & Modern
Race, Class & Imperialism
History of Hip Hop
The Power of Education 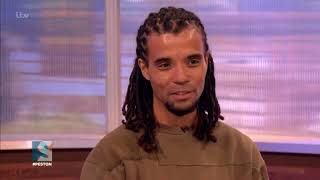 Natives: Race and Class in the Ruins of Empire
Topics

When Akala is booked for events, they are known to discuss the following speaking topics:

Award winning creative, Akala, has gained a reputation for his ability to tackle taboo subjects through the medium of spoken word, rap and literature. The multi-talented artist is not only highly accomplished in his work, but is credited with highlighting the issues of race, profiling, and poverty in the modern-day. An expert in Black history, Akala is sought after as a speaker on the impacts of colonialism, the benefits of corporate diversity and the importance of inclusion.

Gaining prominence for his work as a recording artist, Akala is best known for his original rap music. Having developed a passion for performance at an early age, Akala’s critically acclaimed albums include It’s Not a Rumour, The Thieves Banquet and Knowledge is Power. Combing his musicality with social awareness, Akala uses his platform to highlight social and political issues. Such talent and popularity has seen him travel the globe, and perform live at Glastonbury, on tour with Christina Aguilera and be awarded Best Hip Hop Act at the MOBO Awards.

Equally prominent in the media, Akala’s progressive views and alternative spoken word has made him a regular feature on major outlets. From MTV to the BBC, Akala has proven the need for a prominent voice on youth engagement, African-Caribbean culture and underrepresentation. As a speaker, Akala explores the importance of his work and the steps required to improve diversity through education. When booked for events, Akala is experienced in using personal accounts combined with a factual analysis of the current British landscape to improve awareness of diversity issues in his audiences.

Named amongst the 100 Most Influential Black British People, on multiple Power Lists, Akala’s contributions have brought about lasting progressive change. Highlighted in his latest Sunday Times Best Selling book, Natives, Akala’s exploration of race, class and the Empire is beneficial to all have the opportunity to work with him, and his thought-provoking talks are some of the most highly regarded in the world.

Akala is regularly booked to engage audiences at events, read their latest feedback below:

“As a Citi employee I’d like to thank Akala for speaking last week. I learned a great deal and am extremely grateful.”

To enquire about Akala for your event or corporate function, simply contact us via agent@diversity-inclusion-speakers.com or call a booking agent on 0203 9816 297.